​I’m reminded of wise words a stranger once told me, “Don’t fly direct on Cathay Pacific from JFK, take the scenic route through Vancouver.” And that’s what I did. And here is why you should too.

Prior to AA’s devaluation, I found first-class availability from New York to Hong Kong. I ended up with both the bright and dumb idea of stretching this ticket to the limit by booking JFK-YVR-HKG-BKK-KUL-CGK. I’ll cover the exhausting part of the BKK-CGK in due course, but for now, I would like to focus on the fun part– Cathay First. 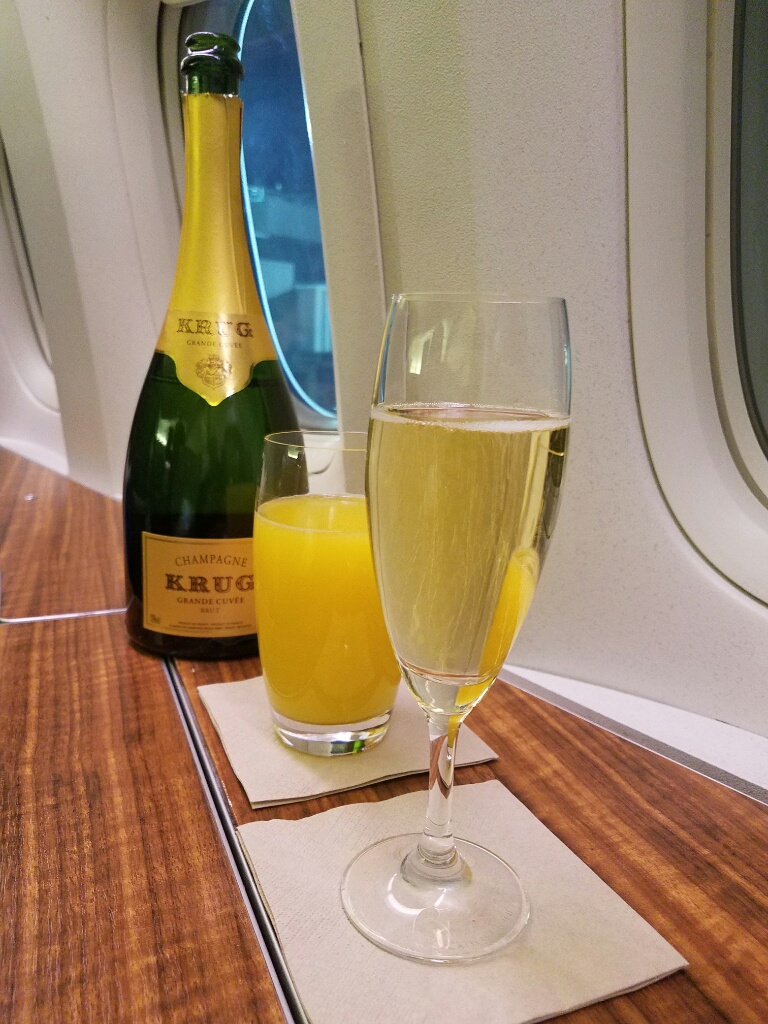 Is Cathay a golden shower like Emirates? No. Is it a NY sized apartment like Etihad?Not at all. Is it a book the cook lobster of Singapore? Nope. And it does not have to be.

Cathay gets high marks because of its consistency and its practicality. It also scores high because it serves Krug Grand Cuvee before departure, something that SQ doesn’t pop until cruising altitude.
With 5.5 hours from New York to Vancouver, I was able to sample Cathay knowing that I would be able to do it all over again for more than twice the time en route to Hong Kong.

And sample I did. It became sort of a game to see how long my champagne glass would be empty before being asked for a refill. I actually had more than my fill of champagne but how could I decline the flight attendant’s offer to top me off. I was undoubtedly inspired by Uncle Frank as I watched one of my favorite holiday movies.

Exhausted from the drinks and the light snacks which consisted of wonton soup and a fancy appetizer, I broke out my Kim Jong-un inspired pajamas, passed out, and woke up in Vancouver, ready to give it another go, this time for real. 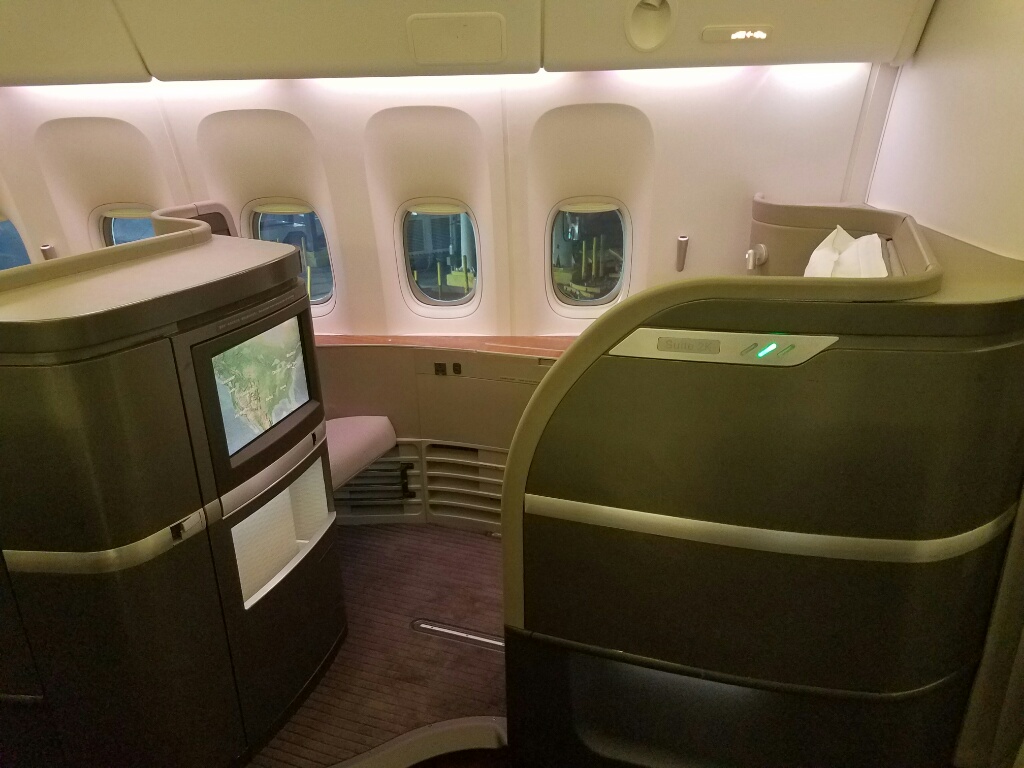 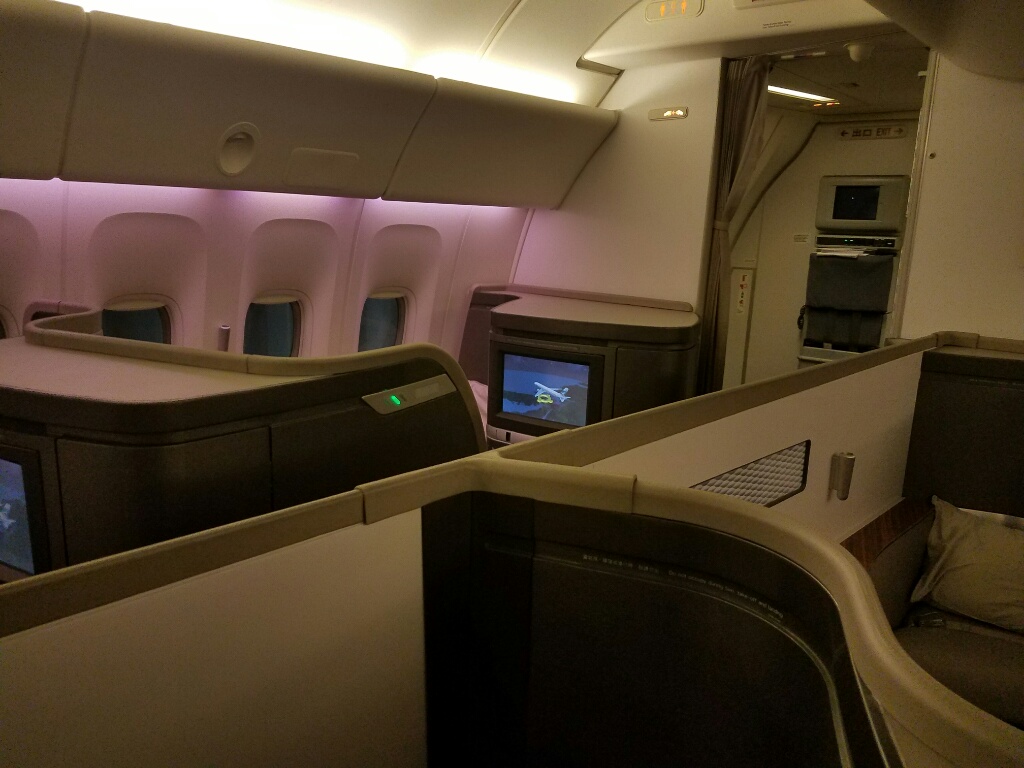 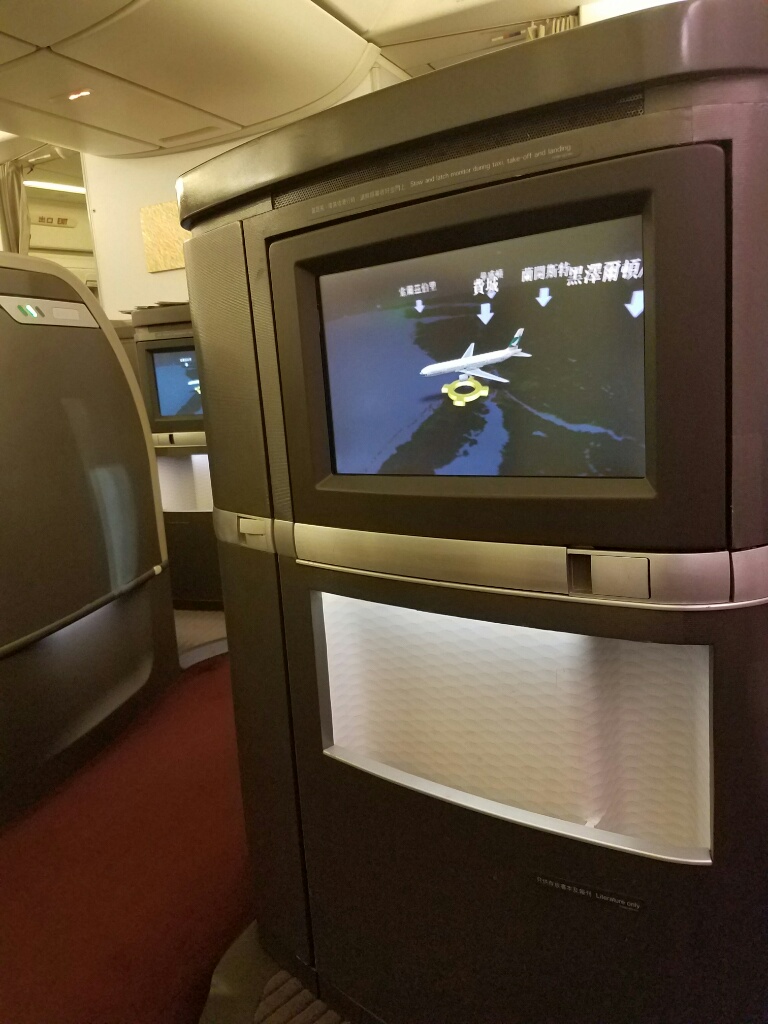 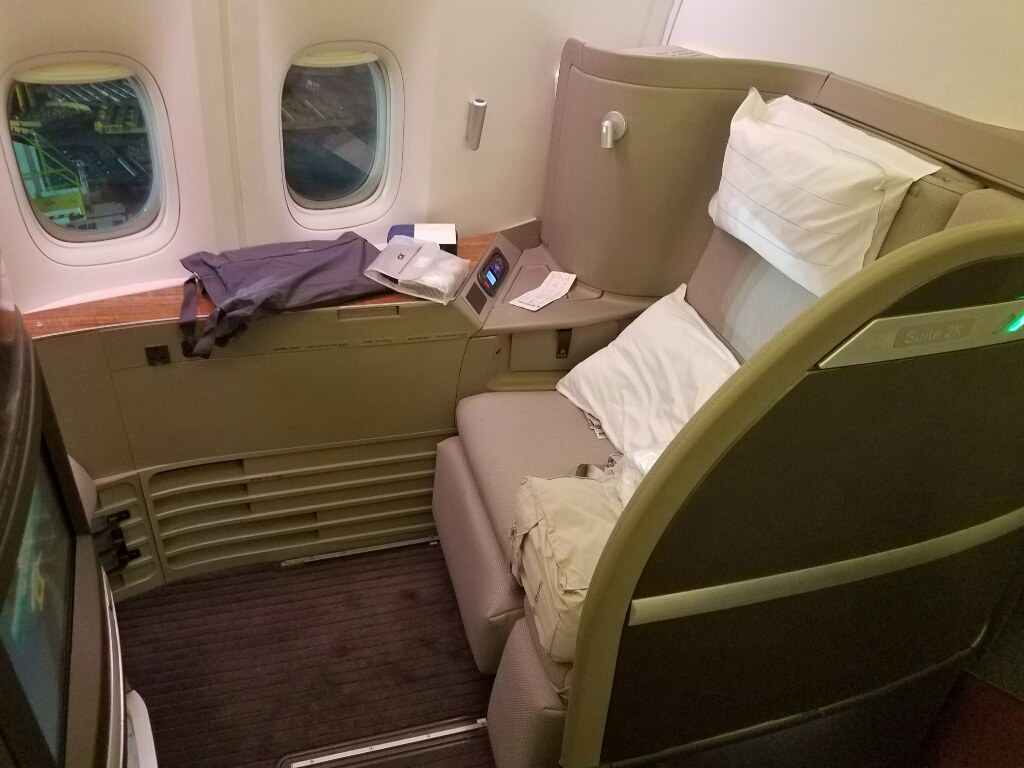 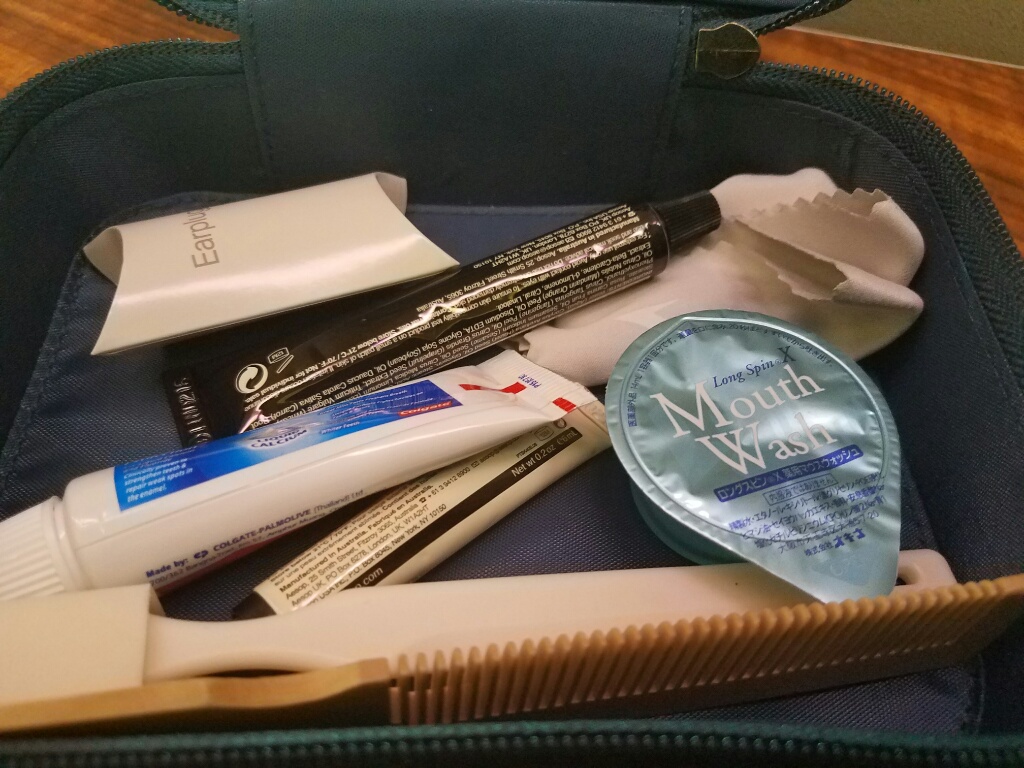 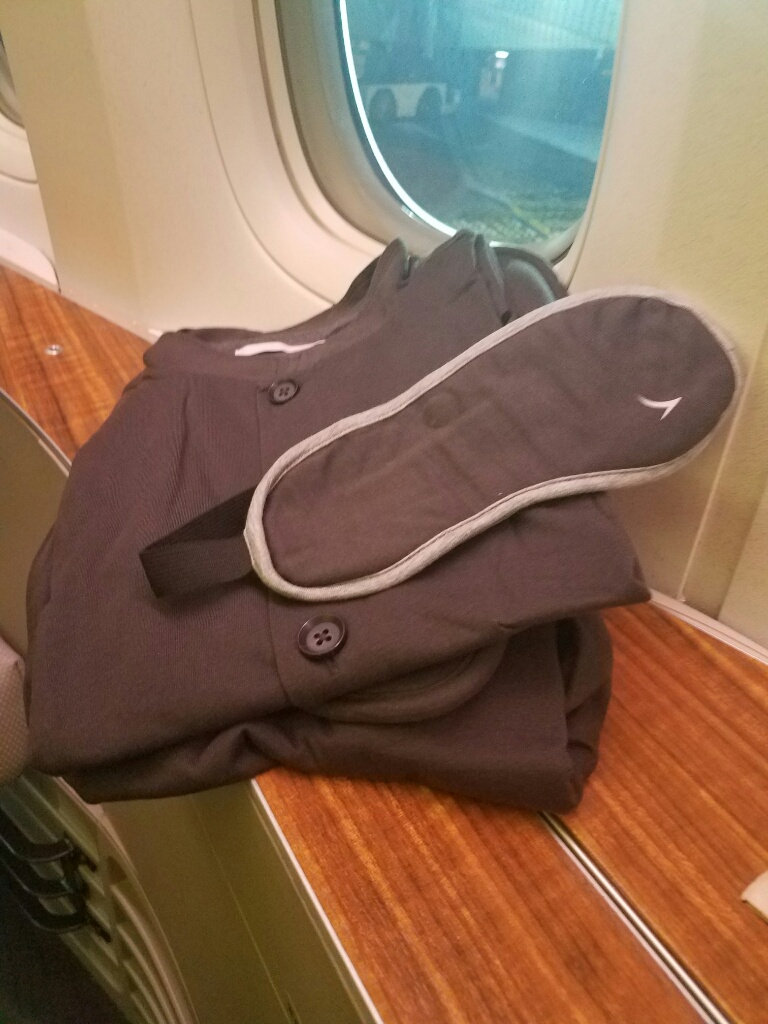 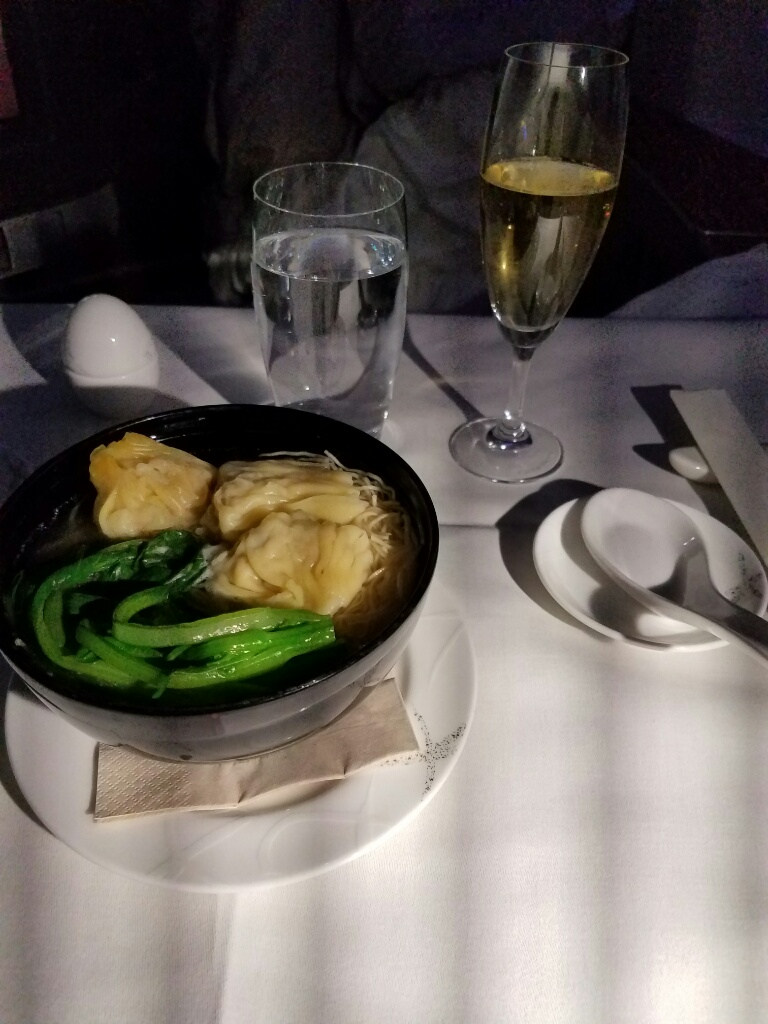 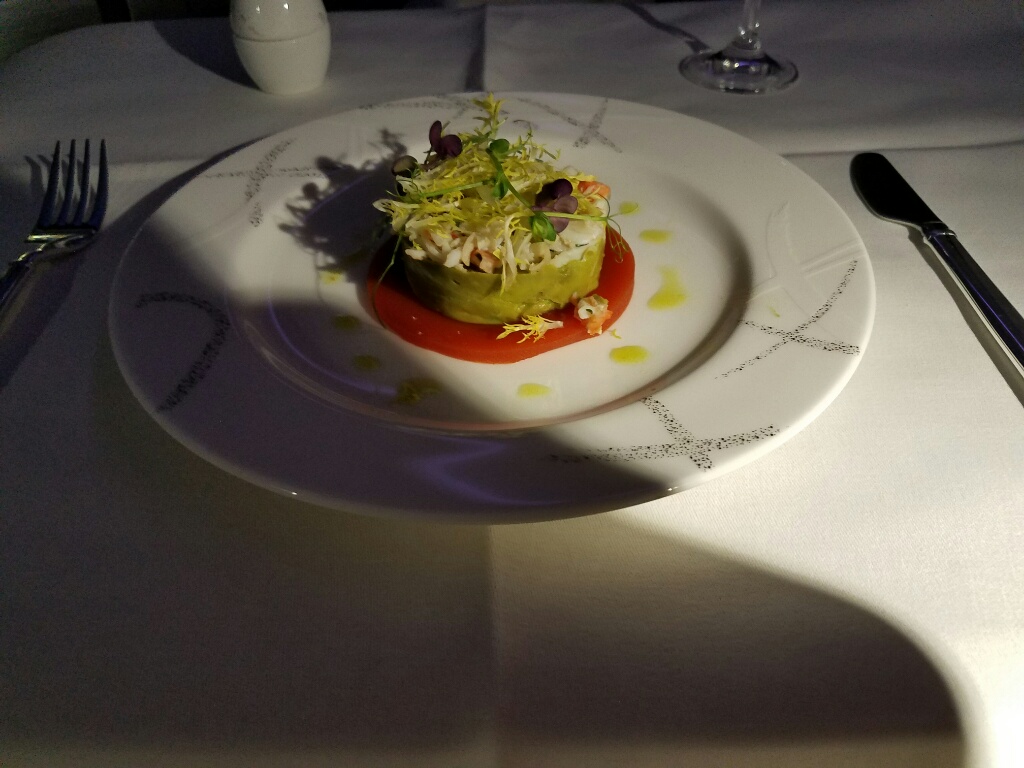 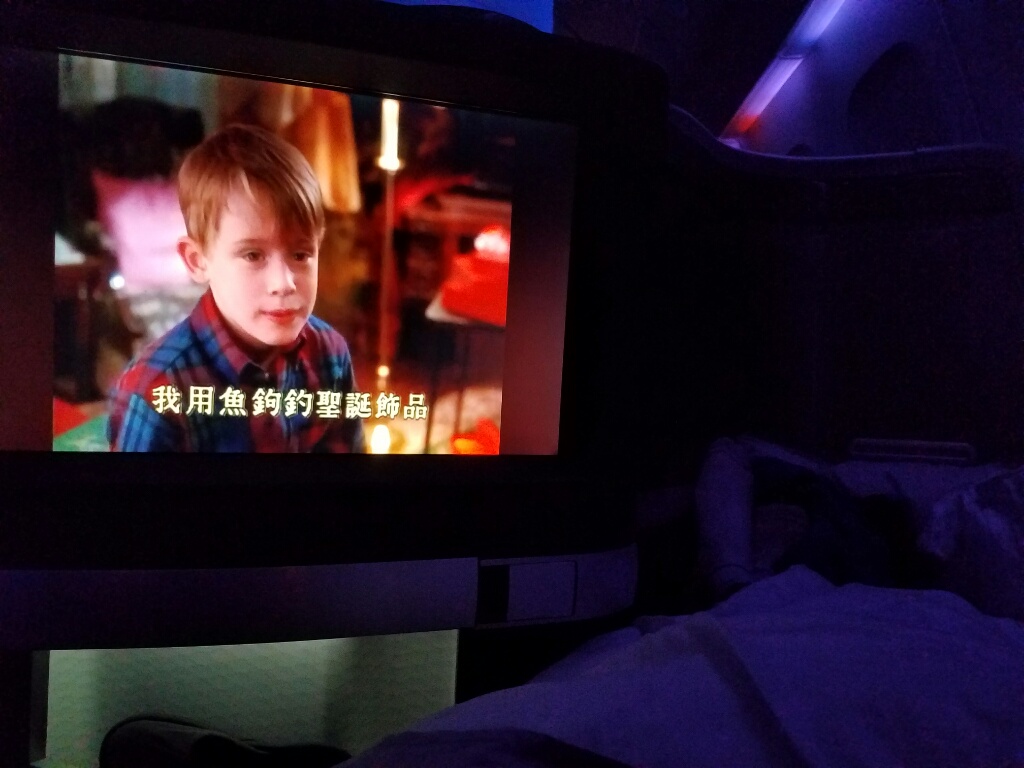 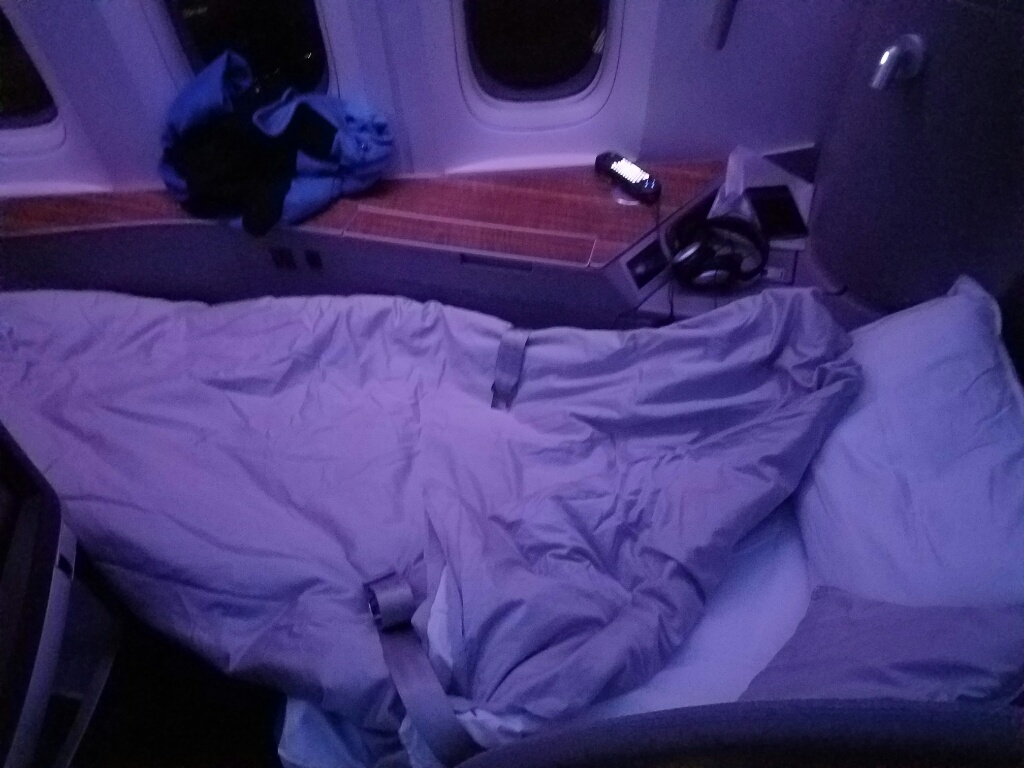