The following is an excerpt from my upcoming book, The Etiquette of Things: Things You Didn’t Know Were Things. It is based on my annoyance with society as a whole and my Angry Professor persona (catch up on all Angry Professor posts here).

Here are other excerpts:

I haven’t been to too many comedy shows in my life. I once saw Chappelle in Ann Arbor in 2000 at the Hill Auditorium. Inspired by yet another HBO show (see How To with TPOL: Dine Safely During the Pandemic), Crashing, I booked two shows at the world-famous Comedy Cellar. The first was at the original venue. The second was at The Fat Black Pussycat. 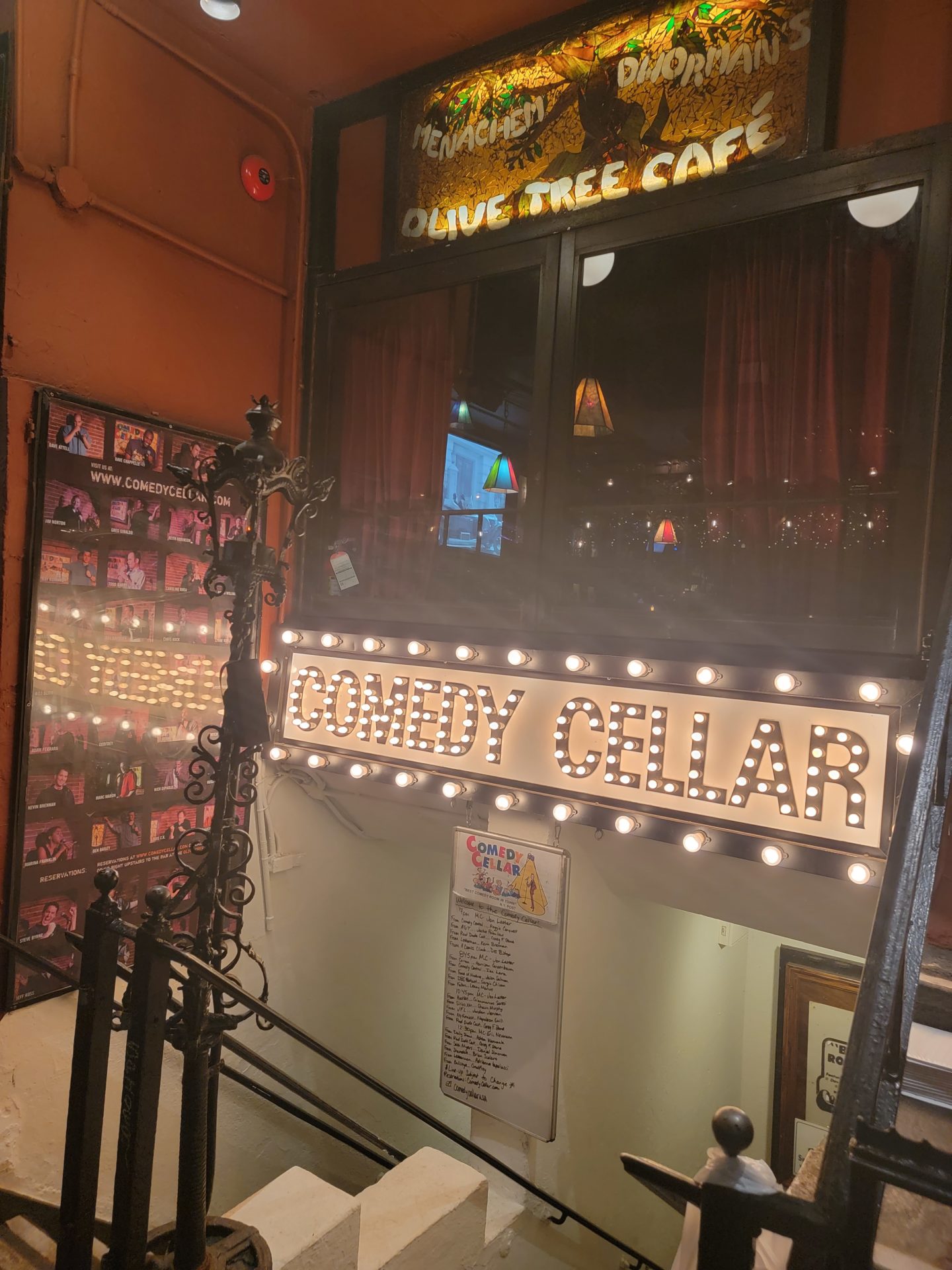 Originally, this post was supposed to be a review of the experience. After going, it turned into another installment for my upcoming book, The Etiquette of Things.

The Woke World has ruined life for comedians and sarcastic bastards like myself. To curtail a comedian from being canceled for being funny, the venue requires that all phones and smartwatches be stored in an envelope before the show begins. This is disclosed at the time of the reservation. Yet there still was push-back by some patrons. Shut up and put your device away or don’t attend.

In the original Comedy Cellar venue, seating is tight. The waitress instructs guests to keep their seats facing straight at the stage so they can deliver drinks without obstacles. Help them get you your drinks faster by not angling your chair like an oblivious jerk.

The Cellar does not allow people who are tipsy to enter. It also has a three drink maximum while in the club. There is a good reason for this rule: people already are too comfortable interacting with the comedians, given the intimacy of the setting. Add in alcohol and that annoying behavior would increase exponentially.

TPOL’s Tip: Drinks are $10 each and there is a two drink minimum.

There was a group of four girls who sat next to the stage. During the acts, they could not help but talk to each other. It was annoying for the audience and it must have been distracting and infuriating for the comedians. The staff did say something to them and the last comedian stopped at their table to give them a few words. I did not hear what was exchanged, but after the comedian left one of the girls said, “I did not think he was funny anyway.”

There was not the Seinfeld heckler that ruined Jerry’s set, but there were a few woke wimps who ‘oohed’ and ‘aahed’ anytime anything ‘offensive’ i.e. funny was said. No wonder phones must be locked up.

A few times the comedian picked on members of the audience. Some tried to act cute by giving smart-ass answers. The comedian shut these people down quickly. Unprompted, some in the audience started shouting things at the comedians. This by far was the most irritating act. These people thought they were being funny or bold. Somehow they did not understand that we did not come to see them.

If you’re going to a comedy show, recognize that you are there to see others perform. No one wants to hear from you, apart from laughing, which, when overdone, is also annoying. If you fancy yourself a comedian and believe you can do a better job, try your luck at amateur hour. Until then, shut up.