Amman Travel Guide* is part of the Quest Around the Globe Trip Report.

I have called this the Amman Travel Guide* because the city of Amman was the launching point to go to nearby Petra and the Dead Sea. With the asterisk explained, let’s move on to another Travel Guide.

I stayed at Le Meridien when I went. Unfortunately, it is no longer a Marriott hotel. It was still worth a review.

I stayed at the Grand Hyatt Amman. I was out of the hotel more than I was there. I should have stayed at the Dead Sea for a night instead of another hotel in the city center.

Headed to the Dead Sea, the Uber driver asked if I had a specific place in mind and I said the public entrance. He said absolutely not and asked if I would rather go to a resort. Having done no research, I agreed to follow his advice, and we were taken to a luxurious oasis called the OH Beach Resort.

I give 5-stars to Petra and the Dead Sea. I give an incomplete to the food in Jordan. Here’s why:

Waiting for the bus to take me back to Petra, I stopped at a restaurant for ‘authentic Jordanian food’. It reminded me of the $30 tourist trap tacos I had in Mexico City. Gordon Ramsey would not be amused.

TPOL’s TIP: Petra is a tourist attraction. All the restaurants had the same menu and none of them looked particularly better than the others.

The Scottsdale Road of Amman, AL-Rainbow Street is always hustling and bustling but where people are going, I have no idea. I saw the same cars driving by in circles bumping Arabic tunes and casualties of those stuck in endless traffic. I also had shwarma for dinner. Like Cyrpus, it did not make the list of best in the world (see The Best Kebab in the World).

In the neighborhood, I went to an Iraqi restaurant. As a Chaldean, my idea of Iraqi food is different than a Jordanian restaurant making Iraqi food. I ordered one of my favorite dishes, ‘bird’s head’. When Chaldeans make it, it is meatballs (the bird’s head) and potatoes in a loving stew. Here, it was anything but that. I ordered fattoush salad and it was more fattoush (bread crumbs) than salad. The kebab and tabbouleh were not grandma’s. I need to go to Baghdad and figure out if this was a one-off or if Chaldean food and Iraqi food are that different.

With only hours until my departure, the last item on the checklist was to eat mansaf, the national dish of Jordan. I asked the Grand Hyatt for a restaurant recommendation and the man replied, “At this hour? No restaurants will have mansaf. Besides having my mother cook you some, I don’t think you will find any.” He then tried calling a few restaurants and they verified his prediction. Despondent, I pleaded with him to call his mother at once. He told me to relax because right next door there was a restaurant called Jabri, which served mansaf. Better yet, I could pick it up on my way to the airport the next day. His recommendation proved true. 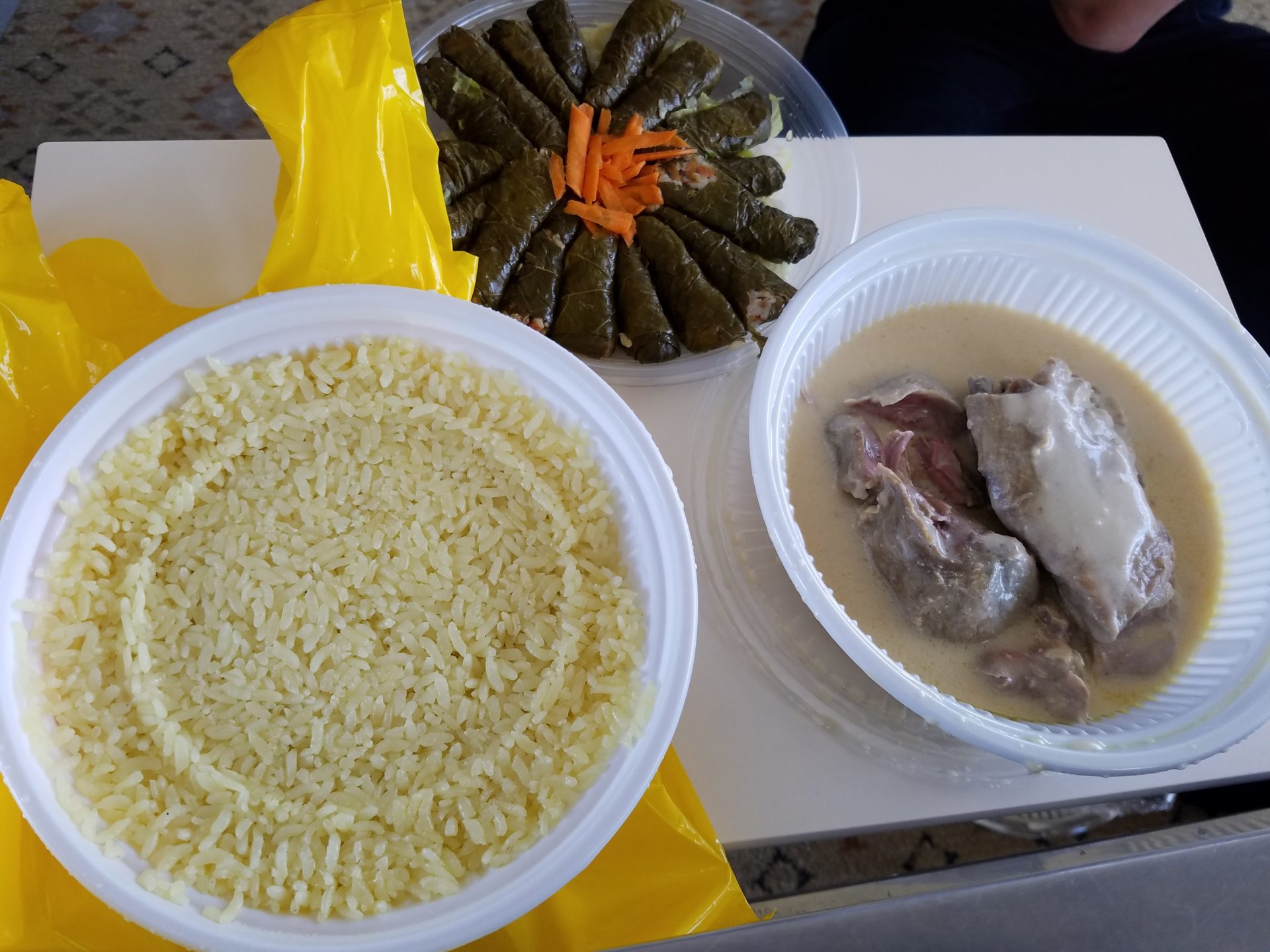 This is why I came to Jordan. Read Do’s & Don’t’s for Visiting Petra for full coverage as this snippet cannot capture all the photos that I captured while I was there. Like Petra, I invite you to read the entire post, Dead Sea: A Must See Before You Die, for another once-in-a-lifetime experience. There you have it. The Amman* Travel Guide is complete.