I am currently sitting in seat 58J from Guangzhou to Bangkok next to a guy who keeps taking selfies. A week ago I was flying business from Hong Kong to Bangkok.

When I originally booked my ticket, it was supposed to be first class from JFK-YVR-HKG-BKK. Cathay switched the plane to the a350 which eliminated the first class cabin. I had never flown on the a350 and was interested to see what it was like.
Aviation nerds will be able to tell you more about the dimensions and the size of the tires than I can. All  I am able to do is tell you about the seat and the service. The Cabin
For starters, the overhead bins come down way too far. I hit my head a couple times while putting my bags away. Although this was not a SQ Suite, the seat was private because of the extra divider between me and the aisle. The Amenities
Since this was not a long-haul flight there was not an amenities kit. I figured that there would at least be a blanket. Who wants to lie flat without a blanket? There was champagne but of course it was not top shelf Krug. 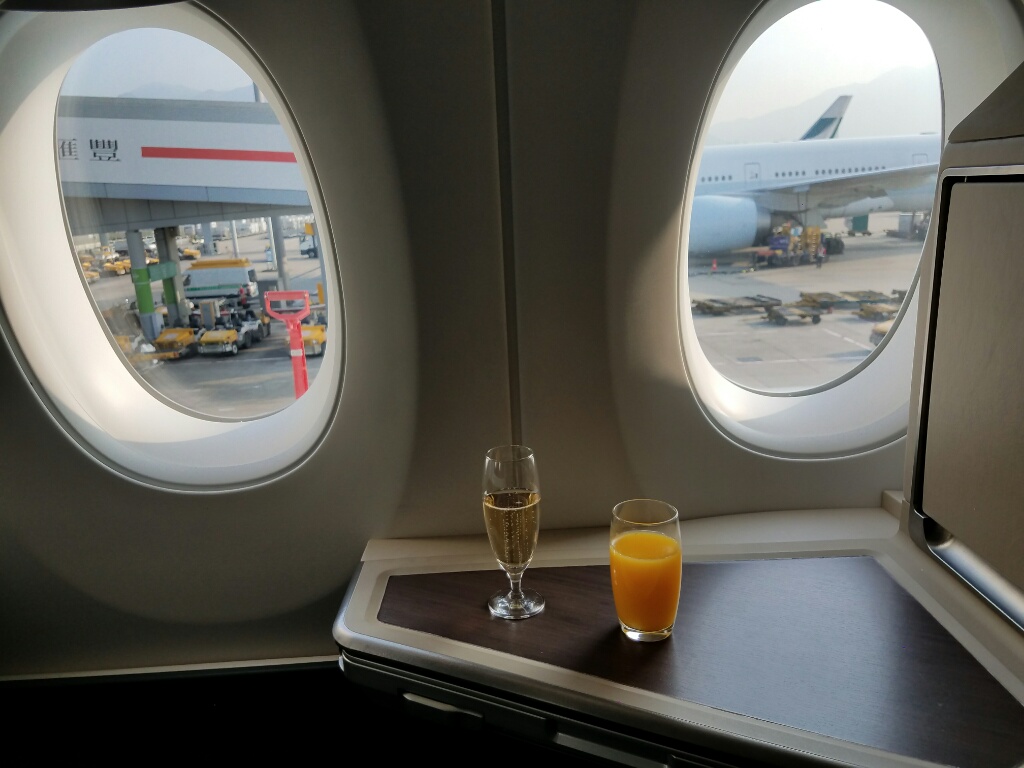 The Food
And this is where first-class show its superiority. The meal was a shrimp appetizer and a bowl of curry that came out way too hot and in a messy plate. The Dinner Drinks
Too much champagne is possible. After day drinking at The Pier and The Wing, I was not in the mood for alcohol. So I had a beer. Asahi truly is a terrible Japanese beer. That’s why Ichiban means number one! I had a quick nap and woke up in Bangkok. Was it nice to fly business instead of my current flight in economy? Yes, of course. Is it that much better? Not really. Both flights will get me to Bangkok.