Thanksgiving is about dolma, hummus, tubbulah, cari, turkey and Detroit Lions football. It doesn’t get any more American than those standard foods combined with watching the cowardly Lions take the field for a meaningless game in late November. Every year, I would contemplate whether to go see the Lions lose or get to grandma’s house early to eat. Obviously, I chose the latter as the outcome of the former was predetermined.

On one occasion I was fortunate enough to see the Lions triumph over our nemesis Chicago Bears. The stadium was electric, the fans were, as Detroit fans tend to be, out of control, and Jake Cutler was where he needed to be– on his ass.

What makes Ford Field special is not the name. It is run by the incompetent Ford family that promises plenty and delivers next to nothing. Ford Field is unique because it is located in downtown Detroit next to Comerica Park where the Tigers play and near the future home of the Detroit Red Wings. During game days, the exaggeration of Detroit’s danger is ignored as fans from Metro Detroit head to the city to support the local teams. The ‘Detroit versus everyone’ mentality is personified by the thousands of cheering fans who even after enduring an 0-16 season still come out to support their sports family.

This connection is unique to this blue-collar city because fans truly believe they are part of the team. No matter how bad the Lions are only Detroit fans are allowed to comment on their feebleness. A shot by the national media or outsiders that Detroit doesn’t deserve the Thanksgiving game is met with harsh resistance. What these nincompoops do not know is that the Lions Thanksgiving game is not only a Detroit tradition, it is an American tradition that dates back to the early 20th century. Changing it simply because the Lions are perpetual underachievers would eliminate a staple of American sports culture.

So this Thanksgiving, as you watch the Lions hobble around the field for what will be another wasted season, remember to be thankful that there are real fans out there that support their team. Without such loyalty, sports would be a hollow, trivial contest between two opponents with no tradition. Since we have the rest of the year to endure those pointless games, today let’s enjoy the one that isn’t. 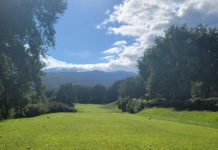