I know when that hot bowl blings, it can only mean one thing: A delicious bowl of pho awaits. Glistening and gleaming, the sparkling bowl of pho arrived shortly after the modest portion of shrimp spring rolls. Before I commence with the review I have to say that I wasn’t expecting much from Hanoi in Brooklyn because it had all the attributes of an underwhelming pho restaurant. Those include:

Great pho restaurants throughout the world are just the opposite: The broth is usually made in some backroom on the street, the tables are only a few feet off the ground, the chairs are plastic, the customers aren’t hipsters, the bill is paid by coins not card, and your choices for bowl size are big bowl or big big bowl.

Furthermore, I was troubled that a place called Hanoi would dare serve pho with sprouts. The soul of pho from the North is rooted in its simplicity. The broth should speak for itself. But I guess ever since I left the city, it got a reputation for itself now and the poor PhoKing is left out. Indeed , the last time I was in NYC the pho was terrible.

After wandering Brooklyn for hours trying to find a restaurant that offered pho tai instead of a ‘French fusion of pho served with organic chicken and urban grown vegetables’, I could only hope that Hanoi was bendin’ over backwards for someone else, rollin’ up a spring roll for someone else in an effort to appease the masses who know nothing about the history of this revitalizing meal. The phony creative chefs don’t understand why it is redundant to say that their Vietnamese food is ‘French infused’.

So when the $10.50 bowl of pho was served, I had modest expectations. Out of respect for tradition, I refrained from adding the sprouts, the lime, the sriracha, and the hoisin. Instead, I tasted the broth and hoped it would not disappoint.

It didn’t. It was delicious.

Following a year of bad pho from Mongolia to Montana, I felt blessed to be filled with a bowl of nostalgia.

You used to call me on my… 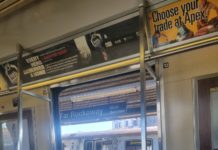 TWA Hotel JFK: Where to Not Spend a Layover