TPOL’s Guns & Butter Travel Guide is the best way to see as much as you can in as little time as possible. Here’s how it works: A trip is composed of two factors: Labor And Lazy. The opportunity cost (what is given up) for relaxing and being Lazy is gained by being adventurous in the form of Labor and vice versa. The guide includes inefficient activities i.e., tourist traps that should be avoided and aspirational activities that are worth doing but may be impossible to see given the constraints of time and resources.

I have already written the Guns & Butter: Sicily Travel Guide. I thought it would be appropriate, given that I almost made Mt. Etna my home, to write a separate travel guide for this unique place.

If you’re coming from Palermo in the north, go to southern Siciliy by train (see Palermo to Catania, Go by Train) If you’re arriving from Catania airport in the south, rent a Panda and take the short 1-hour drive. Do stay at Il Picciolo Etna, a nice golf resort minutes away from the old town of Castiglione and the wine tasting of Mt. Etna. With the possibility of purchasing a villa slightly higher than it was half a day before, I needed to see what Italian country club life was like. 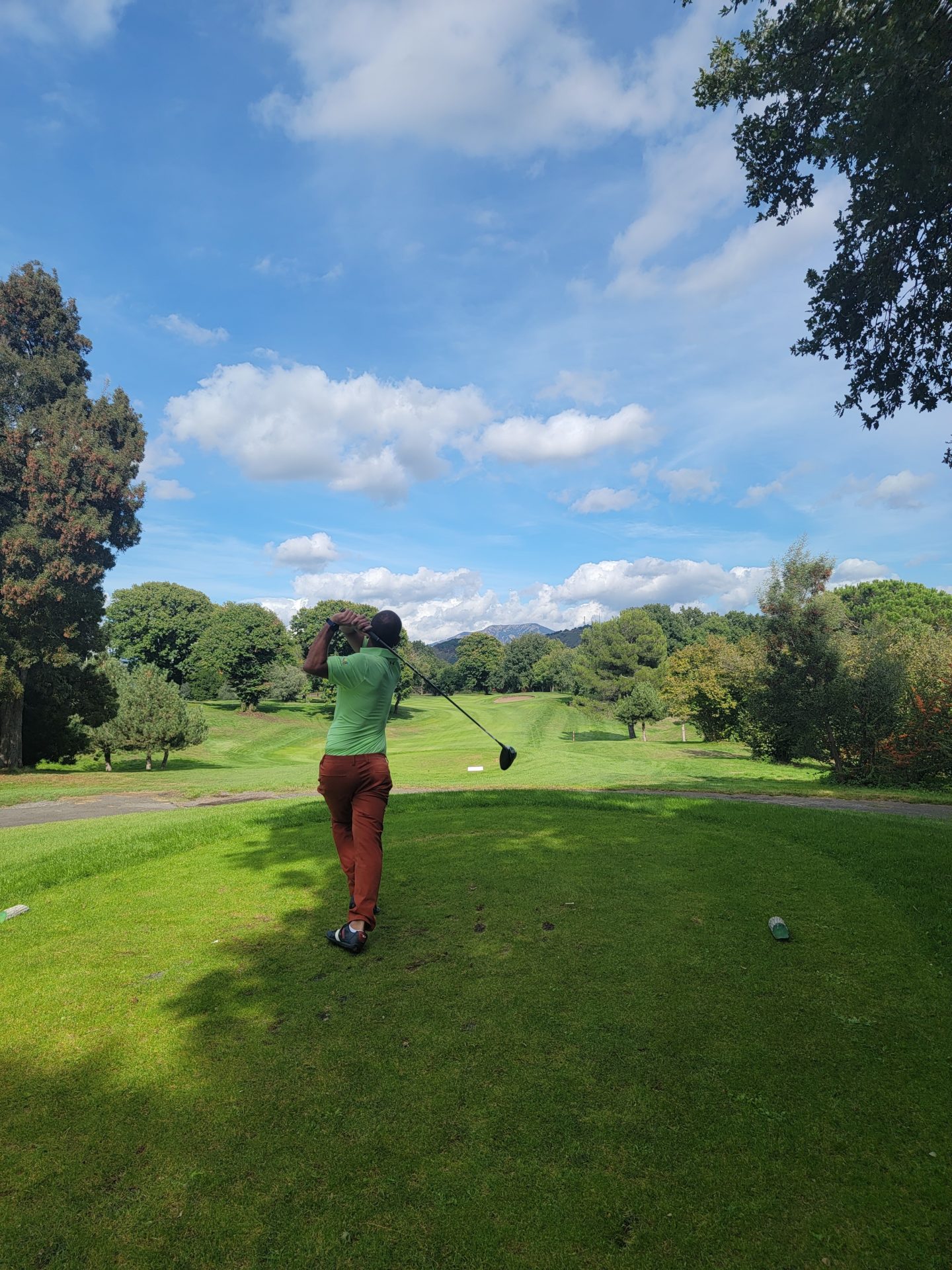 The 10th hole, a par 3, is the most magnificent hole on the course because it stares directly at Mt. Etna, an active volcano. I fired off a beauty with my hybrid and watched it sail right at the mountain. 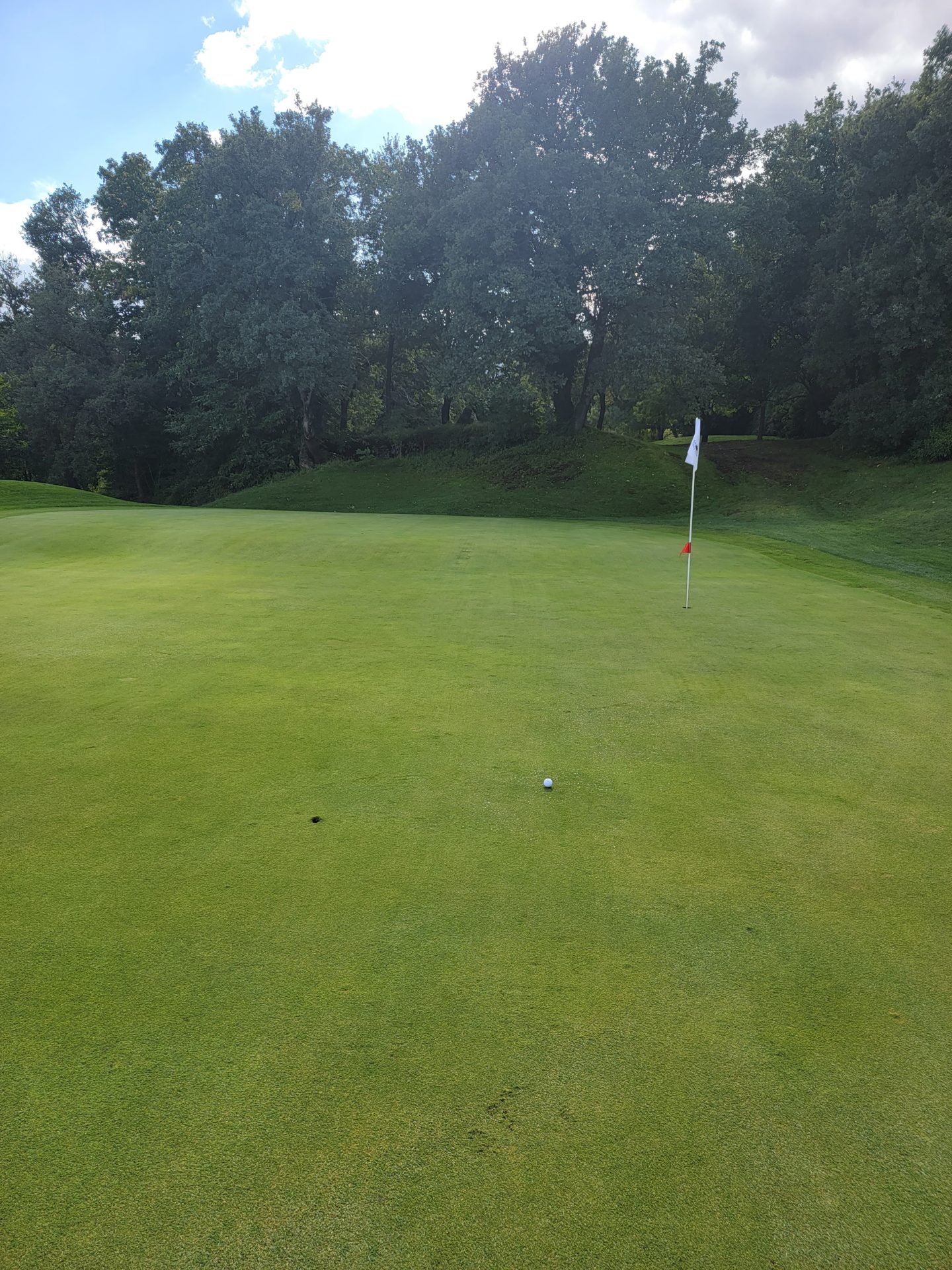 Had it went in, I would’ve taken it as a sign to move to Castiglione, as originally planned (see Nothing to Rent in Tuscany, But Maybe I’ll Buy a House in Italy).

Buy a place here. Although it was fun to go through the process of becoming an Italian homeowner, I should have listened to my Italian who said, “This is a stupid idea.” (see 1 Euro Italian Villa: Would She Be Mine?).

The romanticism of owning an Italian villa wore off when I visited the town and saw what was available. Here’s what 40k gets you: Read Did TPOL Buy a 1 Euro Italian Villa? for a full recount.

Forget the idea of owning a villa and focus on exploring Castiglione. 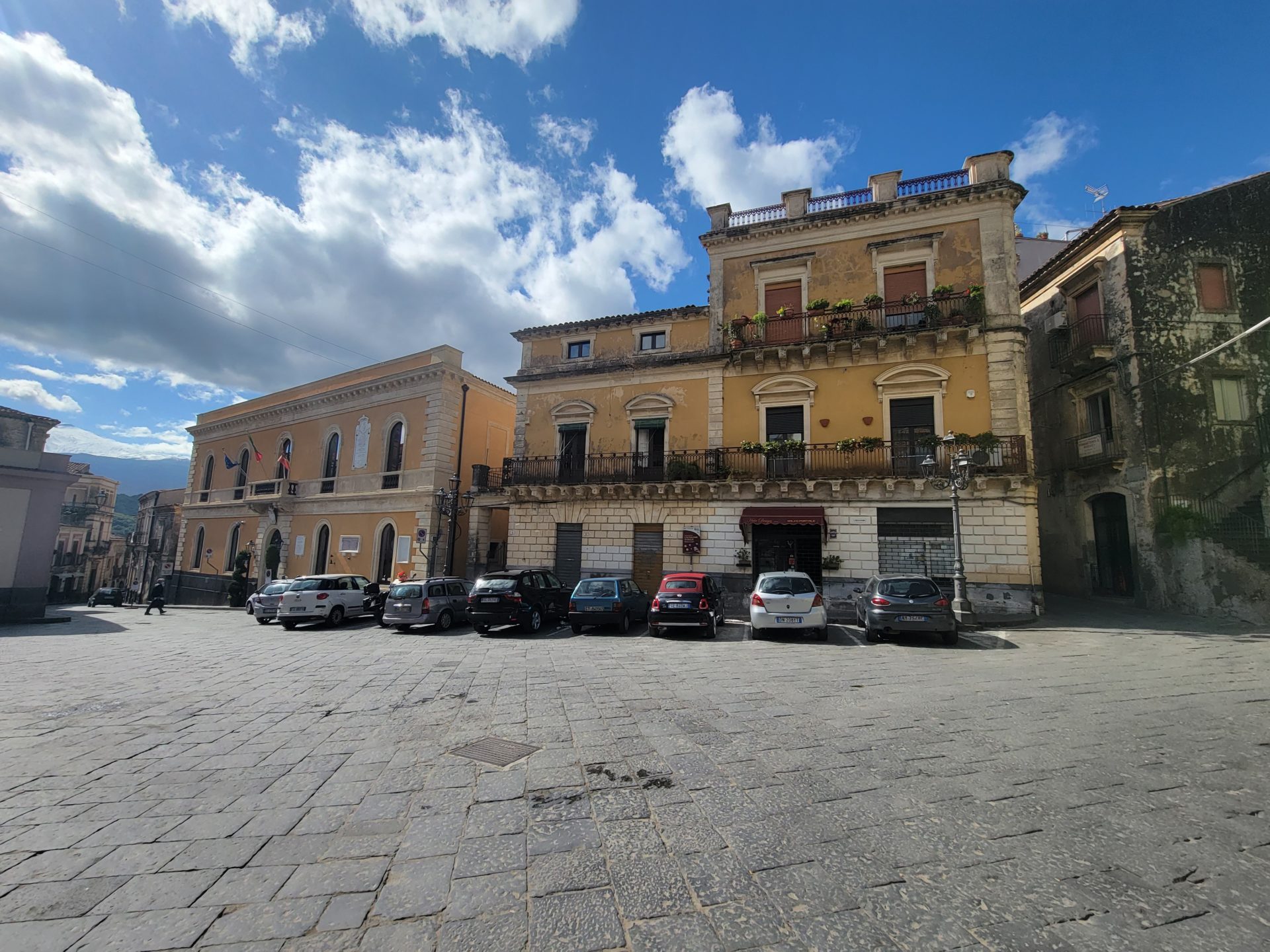 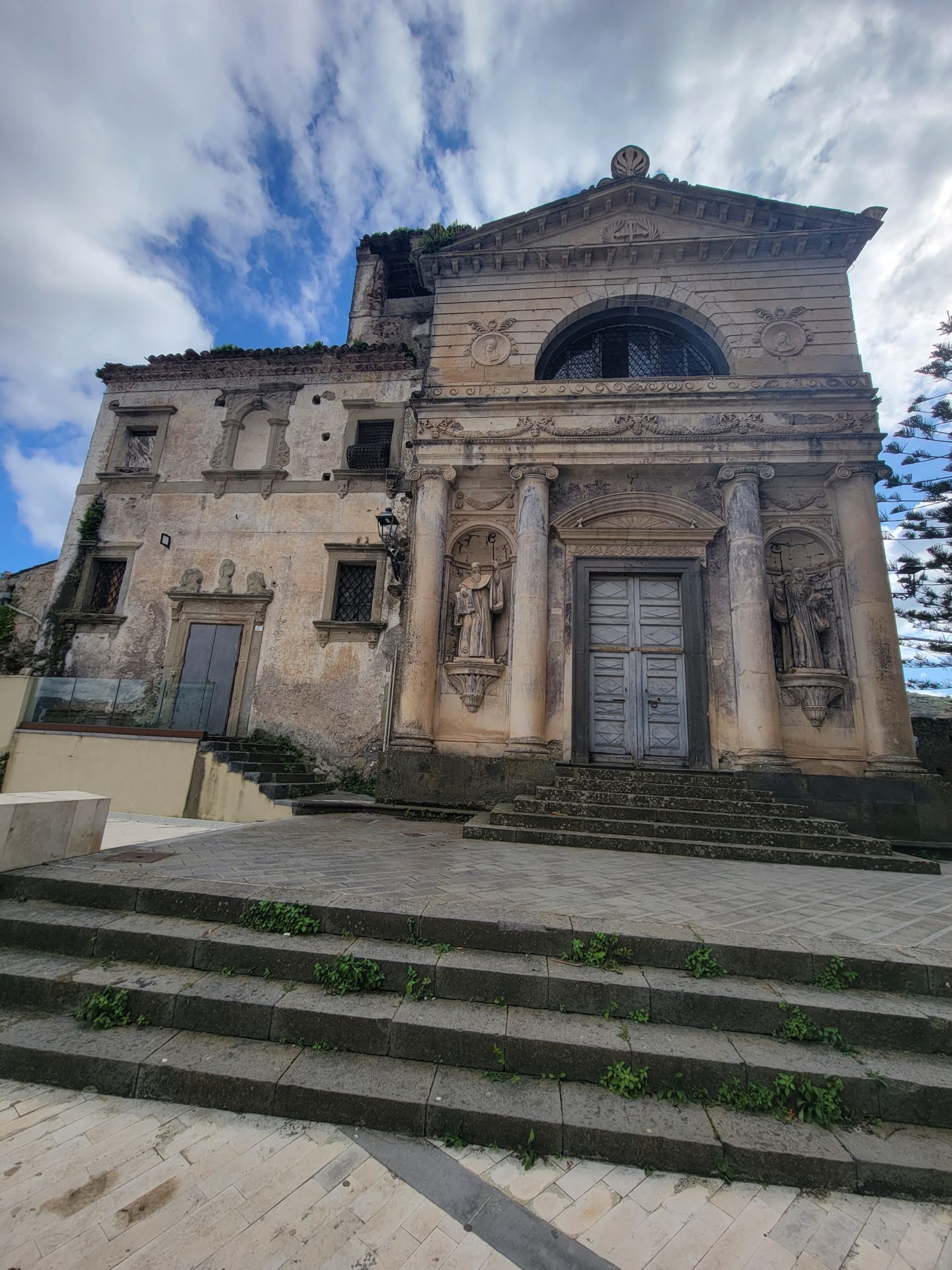 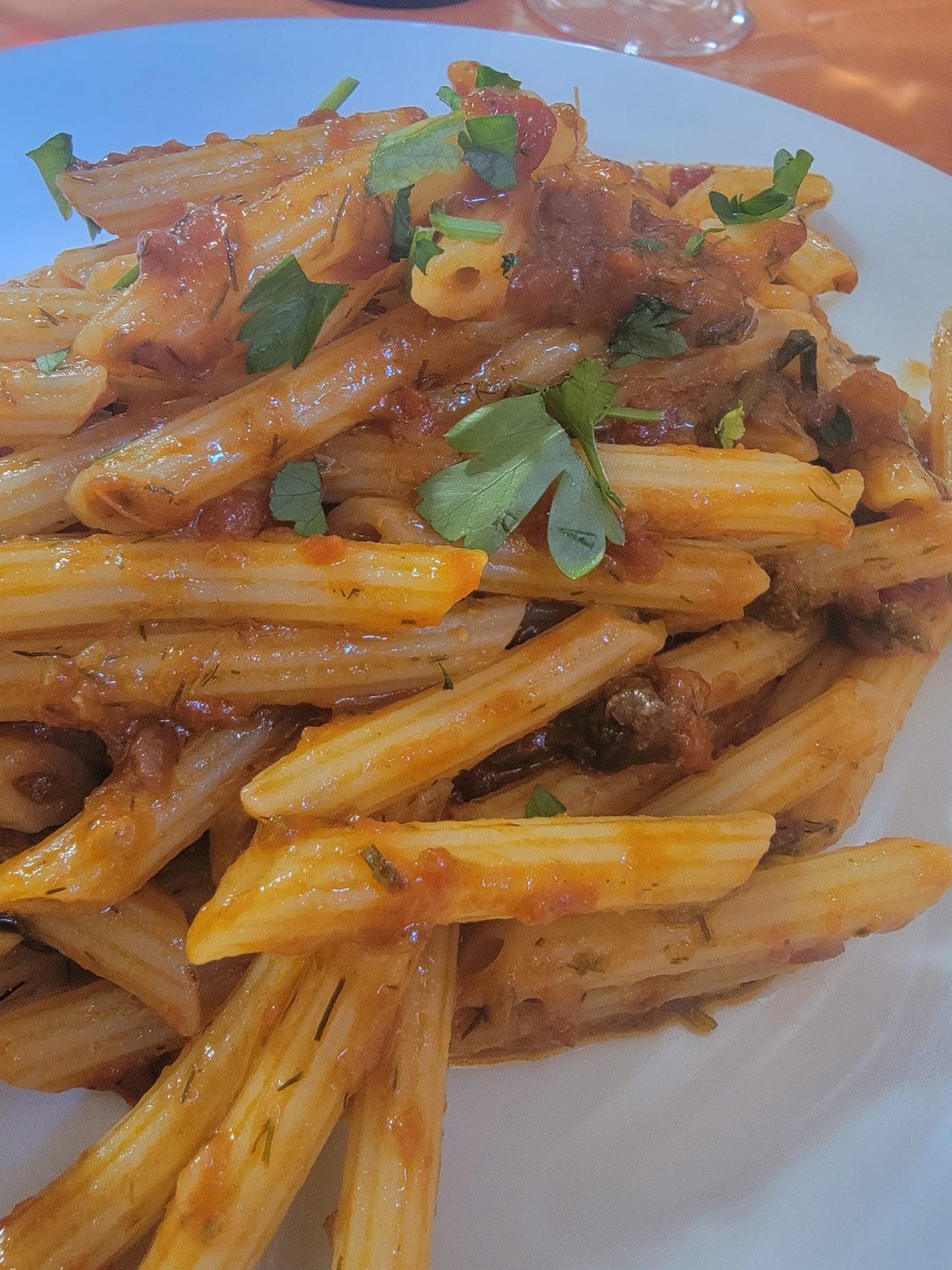 Continue wine tasting at these places: 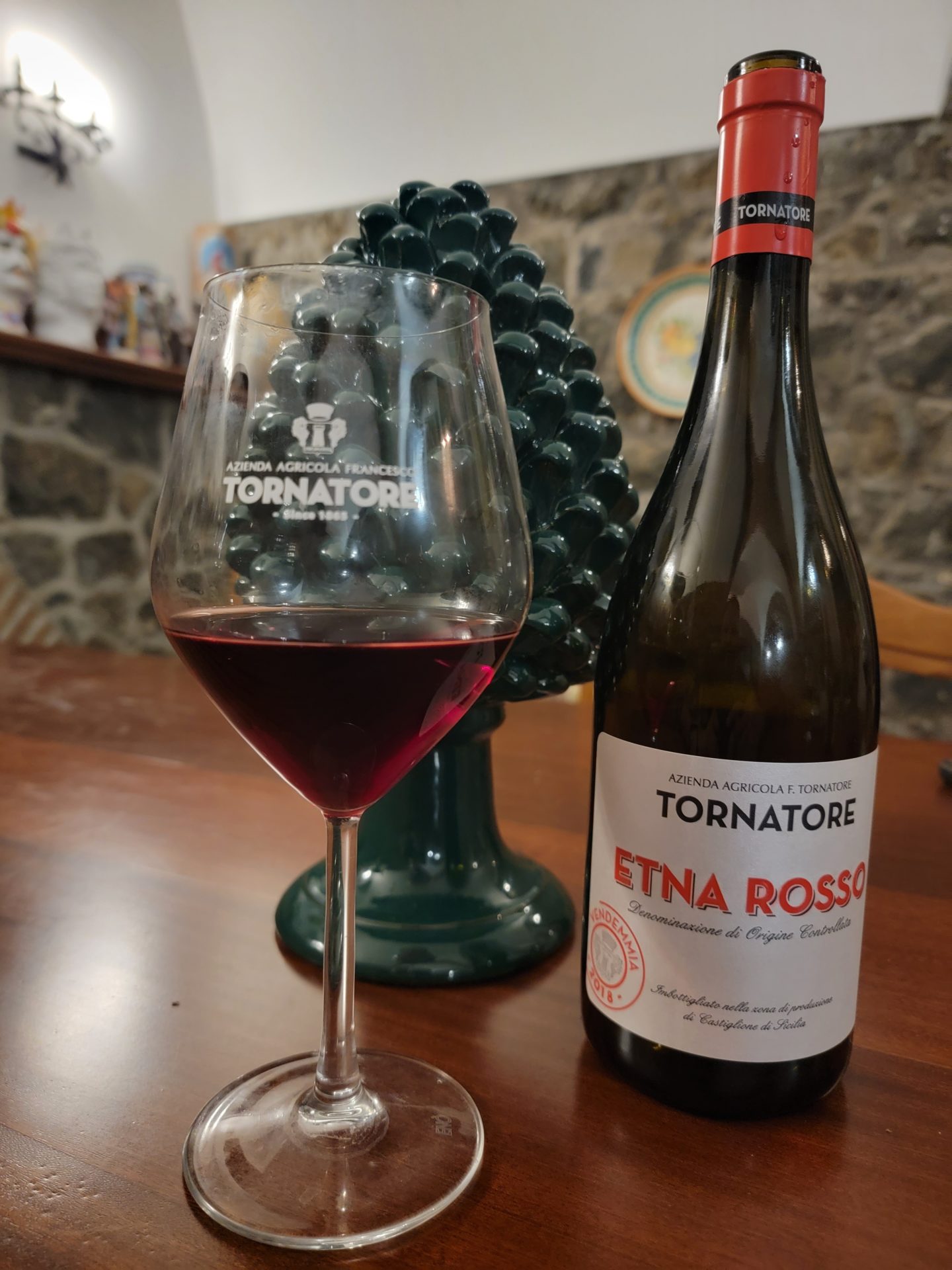 If the vineyards are closed, go to Il Buongustaio, a small deli and wine store. It’s the best. As we were zipping down the mountain, trying to keep up with other Pandas that were driving at higher rates of speed, a man stepped into the middle of the road with a small sign that he raised in the air. We thought it was construction and began to slow down. Stopped, our Panda was approached by two police officers. One asked for our documents and the other stood behind the car. We gave him our American driver licenses and registration. After fifteen minutes he came back to the Panda, handed us our driver licenses and said have a good night (see Mount Etna, Sicily Wine Tour: Fun & Games Until Police Stop). I have been to Mt. Etna twice. While I won’t be living there full time, I would go back for the food and wine.