The same can be said of the Winner’s Bracket of Where to Stay in Vegas. What fun would it be if the favored seed moved ahead every round leaving a predictable Final Four. There would be no incentive to keep up with the tourney nor would there be any controversy. That is why in the battle of the Riviera and THEhotel, the Riviera squeaks by with the upset!

How can this be? Isn’t the Riviera more of a motel than its superstar luxury counterpart THEhotel? Although the answer is yes, the reason THEhotel comes up short is two-fold:

1. My first time in Vegas I stayed at the Riviera and nothing can duplicate the fun that was had on a limited budget.

2. THEhotel is no longer Ahotel. It has been rebranded as the Delano, an offspring of the beautiful Delano Hotel in South Beach.

The Delano Las Vegas faces some stiff competition as the new hotel on the Strip while the Riviera has been around since 1955 making it one of the oldest hotels to survive the booms and busts of the City of Lights. But, in keeping in with the rules of the Vegas Knockout, this post is a review of the hotel being eliminated. The Riviera will have to wait its turn, unless it manages to pull a Butler upset by advancing to the Final Four.

I have yet to stay at the Delano but preliminary pictures released online have not wowed me into accepting that this chic hotel is superior to its predecessor. Indeed, I am a little off put by the huge boulders that now reside in the lobby.

But, let’s not dwell on the present. Instead, I would like to pay tribute to the past by writing a review on one of my favorite hotels in Vegas, hoping that its legacy lives on despite the new ugly font prominently displayed on the golden tower.

Walking past the chorus of ringing slot machines and after a cloud of blinding smoke, you arrive at the silent, dignified entrance of THEhotel. From this perspective, THEhotel was one of the best because there is no gaming on the premises, a criteria that is not a critical component of my evaluation for a Vegas hotel. 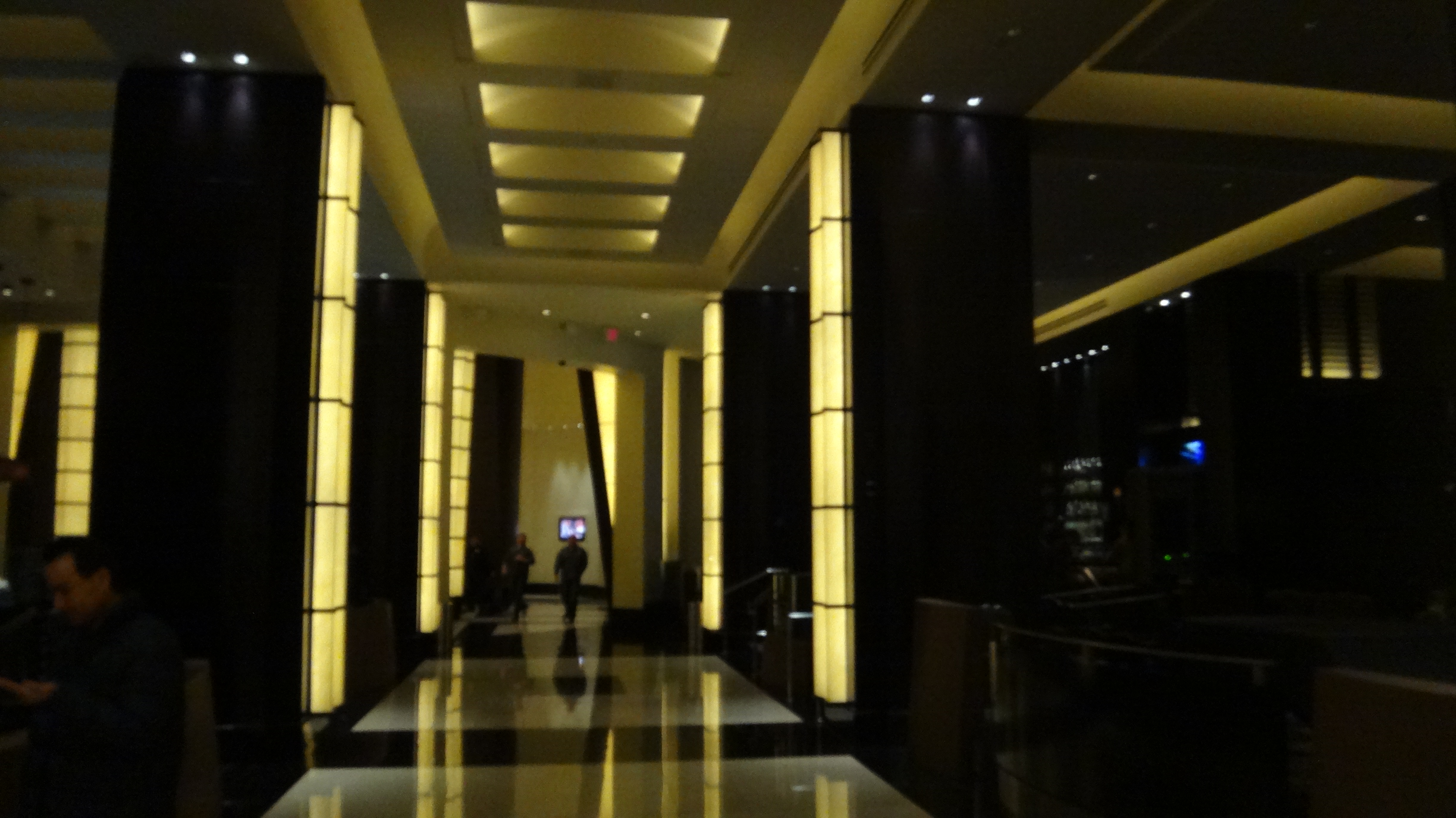 Vegas quickly takes its toll on the mind, body, and soul which can only be tolerated by teleporting to a suite of peace and calm. THEtoilet paper, THEpillow, THEshampoo, was a unique marketing tactic to describe everything in THEroom. The king size bed was so comfy I didn’t bother to leave the room on a Saturday night, apart from going to the lobby to pick up my pizza. Staying in is a mortal sin in Sin City but I did not care because I was far removed from the flashing lights that bait tourists to spend money. Of course, had I wanted to go out, THEhotel is connected to Mandalay Bay which has replaced Rum Jungle (my first club in Vegas) with Light, for those of you who like pulsating loud noise, somehow regarded to be music. THEhotel also had a rooftop bar which is a nice place to start an evening. But, my father and I both were disappointed by the critically acclaimed Michael Jackson One.

As far as cost, using the Priceline Trick I managed to lock in a reasonable rate of $100 a night. And perhaps this belongs in the Mandalay Knockout review but be sure to get the incomparable lobster roll at Citizens Kitchen & Bar.

All in all, THEhotel will always have a place in my heart because it was all that is Vegas and all that is not.

With that I would like to say so long MYhotel, I hope you are left in capable, caring hands. Sheraton Zurich: Points Save Me from a Hostel Four Points Ljubljana: Not Near the Centre