Pho Edinburgh is part of the Punxsutawney TPOL Trip Report.

So many of the Punxsutawney TPOL posts includes the quote, “I have not done this in 17 months.” High on the list of things needed to be done was grab a bowl of pho. Edinburgh had many Vietnamese restaurants, so satisfying this craving should have been easy enough. It was not.

After touring the touristy Royal Mile and surrounding areas (see Guns & Butter: Edinburgh Travel Guide), we set off for some Vietnamese cuisine. The first place was only a few minutes away. Upon arrival, we learned it only served banh mi. The second place was 0.8 miles away. Upon arrival, we learned that this was not a pho place between a Vietnamese fusion restaurant. Fusion=inauthentic trash. The third place was around the corner. It served pho for the absurd price of 15 pounds. It also was fancy from the inside. That breaks the pho commandment of only eating at run-down places. Good pho=bad decor (see Pho Sho, Fu Uh Sho: The Top Ten Places to Get Pho!). Tired from walking, we decided to ignore golden rule and go inside. Fortunately, reservations were required at this overpriced placed and we were turned away.

TPOL’s Tip: Google Maps is not to be trusted. Pho Near Me needs better SEO results.

The next place on the list was called Vietnamese House. It was over a mile from our current location. Lazy but still hungry, it was Uber time. While we were driving, I recognized many of the buildings. As it turned out, the restaurant was located next to my terrible hotel, the Moxy (see Moxy Edinburgh: Not My Favorite Hotel). Now I know why the hotel boasts about being in ‘everyone’s favorite location’. It’s the pho. Back in rhythm, we ordered the shrimp spring rolls. They were quite good. As is always the case, the quality of spring rolls is not a preview of the pho. The pho came in a disappointing small bowl. It also had beef that was overcooked and noodles that were too thick for my liking. Perhaps the broth would save the day. It did not. Though serviceable, it was not what I was hoping for after being away for so long. In fact, the Costco pho (see Instant Pho? En Casa Costco Pho Review) had more flavor. Adding sriracha and lime did not solve the trick. 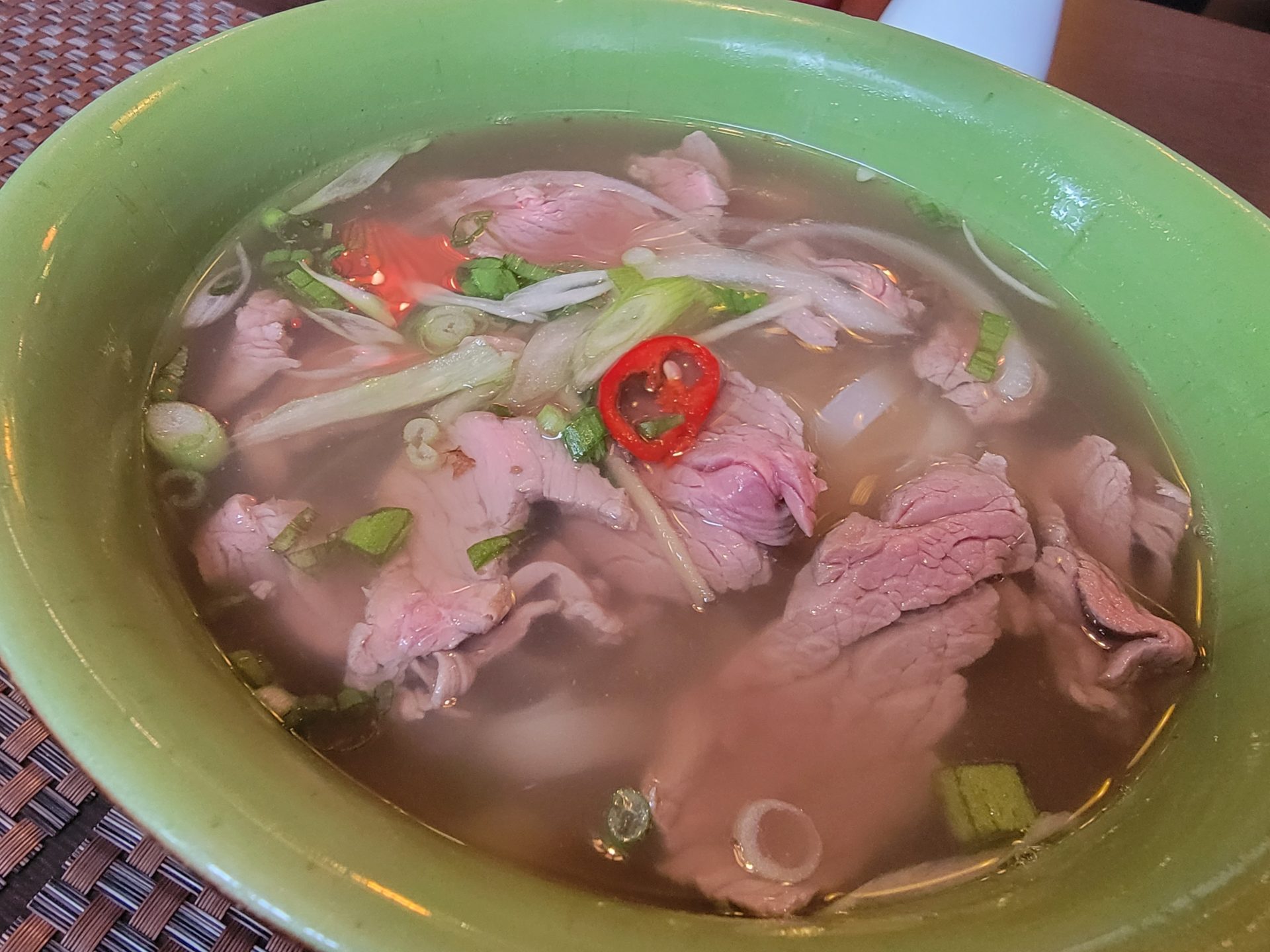 Seeing as how I did not finish the whole bowl, I cannot recommend this place. The search for post-Covid pho continues.