I moved to Puerto Rico more than four years ago (see Despacito! TPOL Is Moving to Puerto Rico! Effective Inmediatamente). Upon arriving, I toured the island looking for the best place to live:

I chose Rio Mar (see House Hunters Puerto Rico: TPOL Finds His Home). One place I did not visit was Coco Beach which, like Rio Mar, is located in the municipality of Rio Grande. Coco Beach hosts the Puerto Rican Open and is also home to the Hyatt Grand Reserve.

Getting There: Coco Beach is a ten-minute drive from my house. Assuming you’re not coming from my house, the best way to get there is via Uber.

TPOL’s TIP: Uber shouldn’t be more than $30. If it is surging, wait 30 minutes after landing and you’ll see the fare crash down like BitCoin. Since the room was booked using Ms. TPOL’s Chase cert (Don’t Let Your Chase Hyatt Cert Expire) and since she does not have status, we were not upgraded (see I Should Receive Globalist Perks with Ms. TPOL’s Booking). I was fine with a garden view. I see the Puerto Rico ocean every day from my house. TPOL’s Tip: It was only after staying here that I learned that e-certs can be gifted to a Globalist and the benefits honored (see Confirmed: E-Certs Can Be Gifted with Globalist Perks).

I did not take a shower but did take a photo of the tub. While there was a Nespresso machine, the hotel only provided two bottles of water, hardly sufficient especially post drinking and post Domino’s (see below). The pool is the main draw of the hotel. 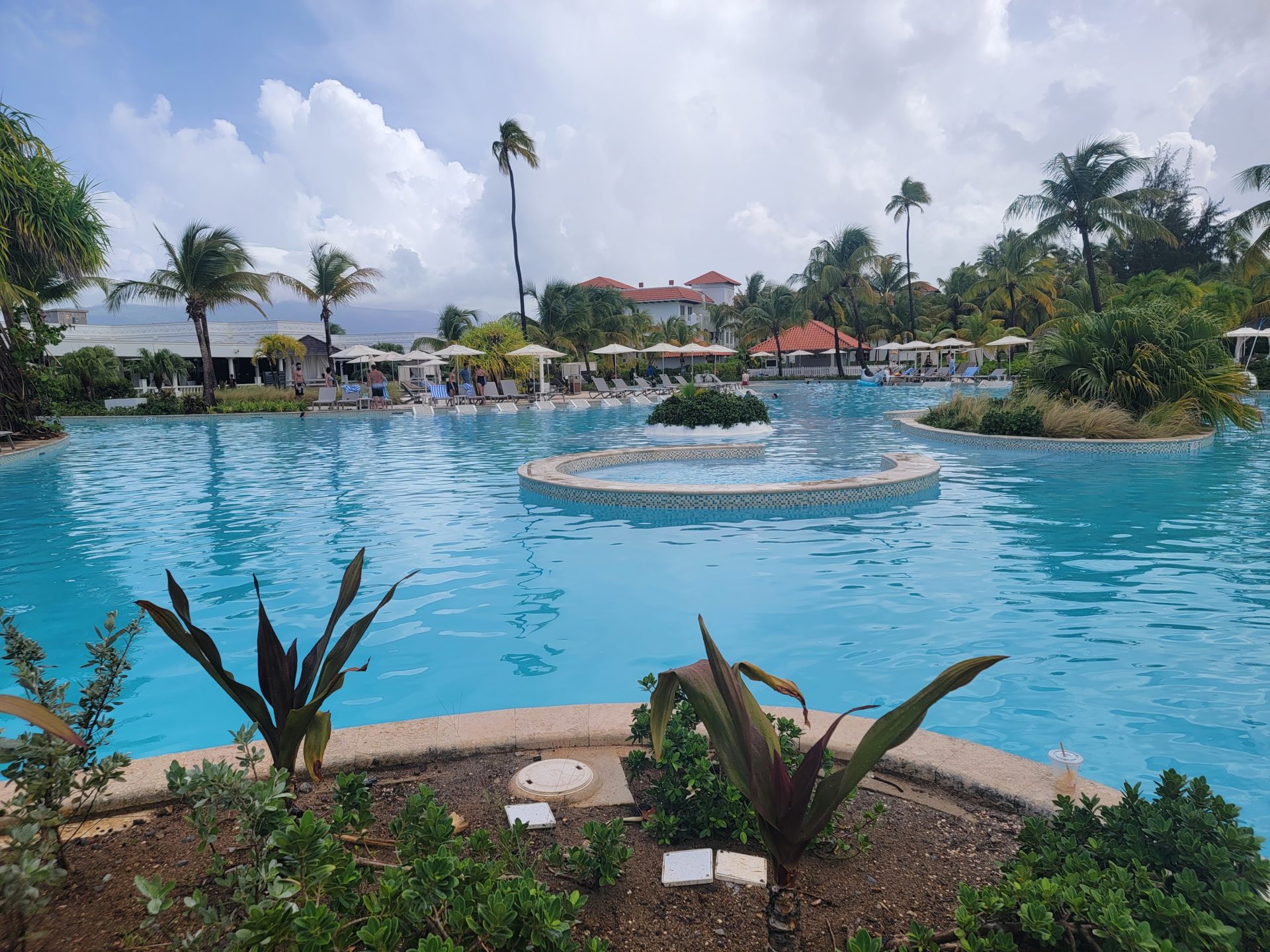 As a resident of Puerto Rico, I have grown accustomed to bringing my own alcohol everywhere I go. There was an incident with a shark in the pool. I tried to handle it but failed. Coco Beach is a nice beach. It is nicer than the beach directly in front of the Wyndham Rio Mar and similar to Las Picaus, a beach accessible to me by foot. After a long day of drinking, I made the right choice to skip the upscale dining and order in. The wrong choice was not bringing enough water to satisfy my thirst. Category 4 Hyatts are good enough. Calling this one Grand is a stretch.